ReWA in the News 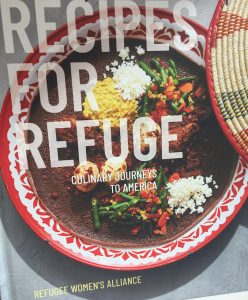 “We did everything we could.” Community Organizers Fear Census Undercount, South Seattle Emerald, September 2020.

This Cookbook celebrates the Food and Culture of Refugees in America, Well+Good, June 2020.

Cook Your Way out of isolation, South Seattle Emerald, March 2020

‘Recipes for Refuge’: This new cookbook by immigrants will help future immigrants , December, 2019, The Seattle Times

Seattle is a Sanctuary City. So What? – The Daily

“The kids are not all right. Trump scares them.” – KUOW

“On Inauguration Day, Seattle Stands With Immigrants and Refugees” –KCTS

“The local faces of an international refugee crisis” – Seattle’s Child